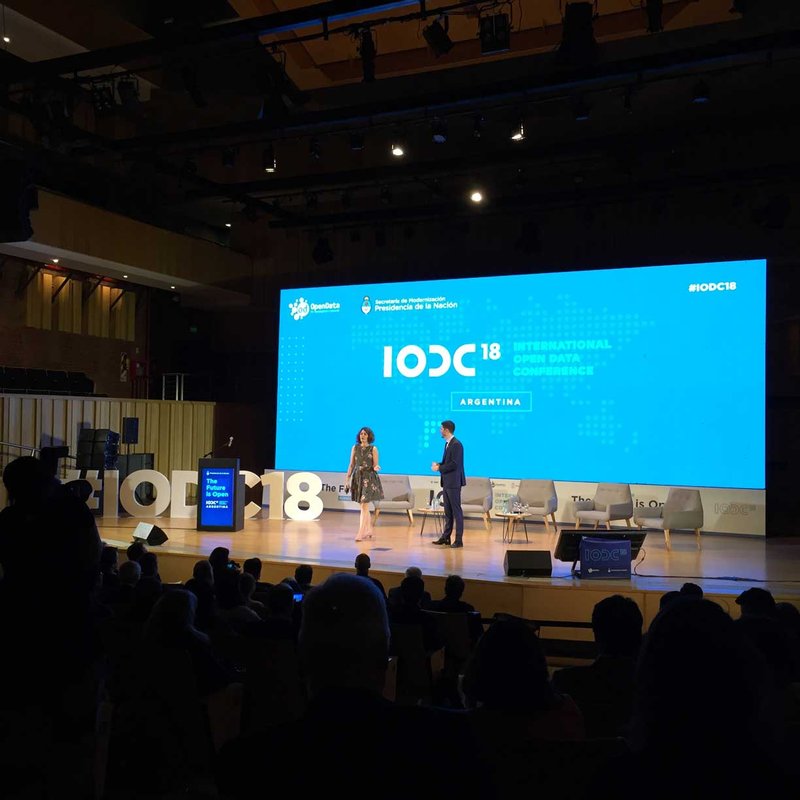 The theme of IODC18, the 5th International Open Data Conference, was “The Future is Open”.  There was some discussion about the future, but as at most conferences, the bulk of the plenary and concurrent sessions reported out on what has been done: primarily steps governments and other organizations have taken to make data open.   Many of the topics were the same, and many presenters were the same people who presented at IODC16 in Madrid, and most of the change seemed to be incremental rather than significant.   Nevertheless it was a great opportunity to feel the pulse of open data and I am happy to report that it is alive and thriving around the world!

As at IODC16, the two conference days were preceded by a series of pre-events.  Due to a challenging travel itinerary combined with a general strike that closed Buenas Aires airports down on Tuesday, Sept 26, I did not arrive in Argentina until early on the Wednesday the 26th.   This meant that I missed the Cities Summit on Monday and the Open Data Research Symposium on Tuesday, two events I was hoping to attend.  I did make it to Standards Day on the 26th , however, and almost as soon as I walked in the room it felt like IODC16 had never ended and I was immersed in a workshop exploring themes like housing and transportation. 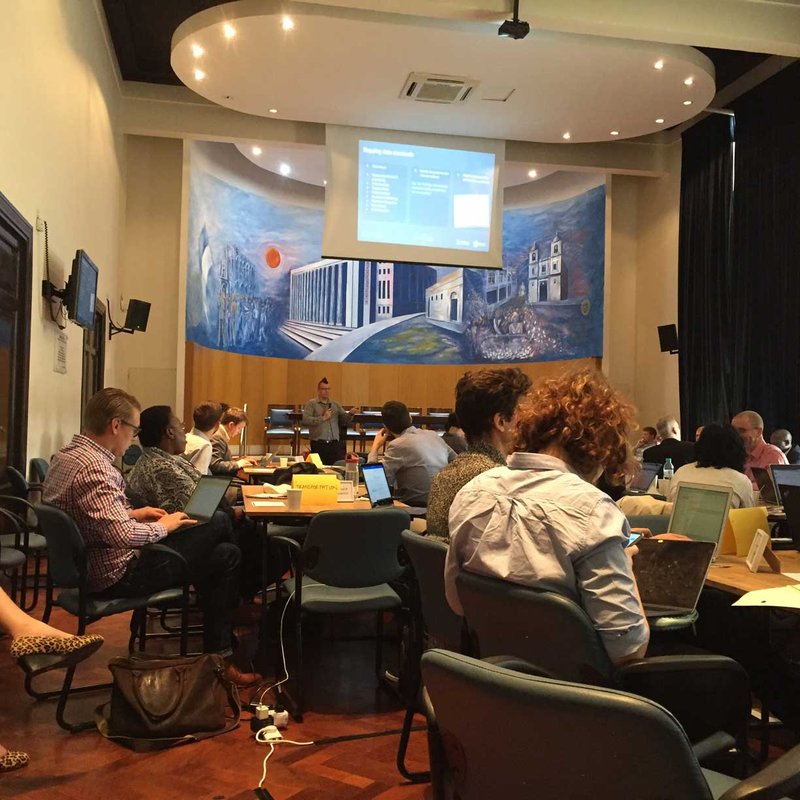 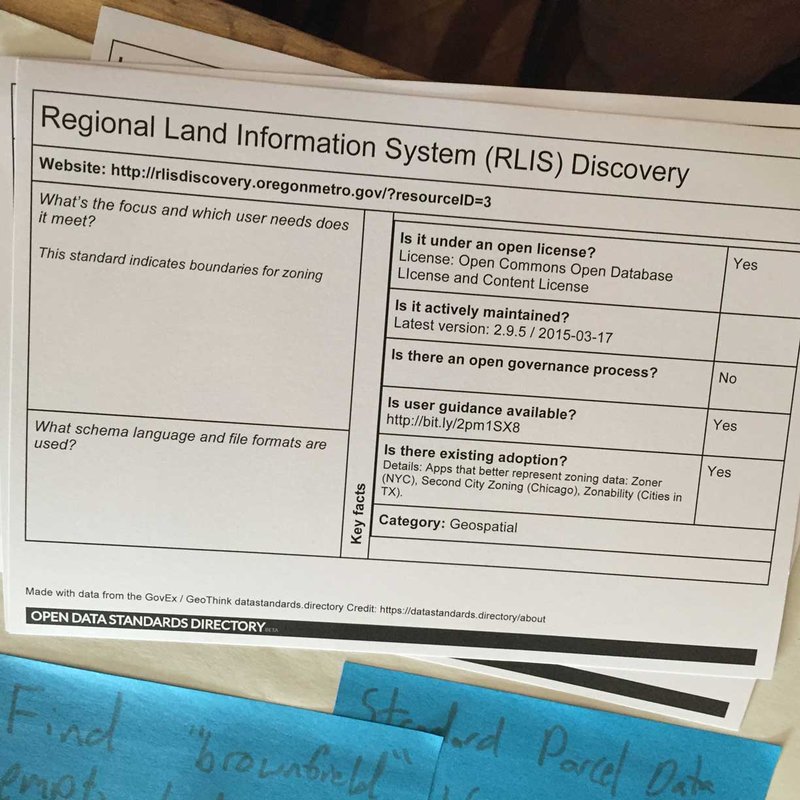 The agenda for the day can be found at https://github.com/OpenDataServices/iodc-data-standards-day-2018.   The first session I attended was Mapping the Standards Landscape hosted by Rob Redpath of the Open Data Services Cooperative (ODSC) and Eric Reese of GovEx.  In this interactive session the group was invited to work on a given theme to identify standards gaps and examples of standards that have been used effectively  I was drawn to open standards for housing and development as these are important subjects for our partners in local government.  In the afternoon I participated in a discussion led by Duncan Dewherst of the ODSC on open data for infrastructure.  This was mostly about open contracting for large infrastructure projects.

The next morning I walked from my hotel to the Usina Del Arte, the venue for IODC18, and was seated in time for the opening plenary. 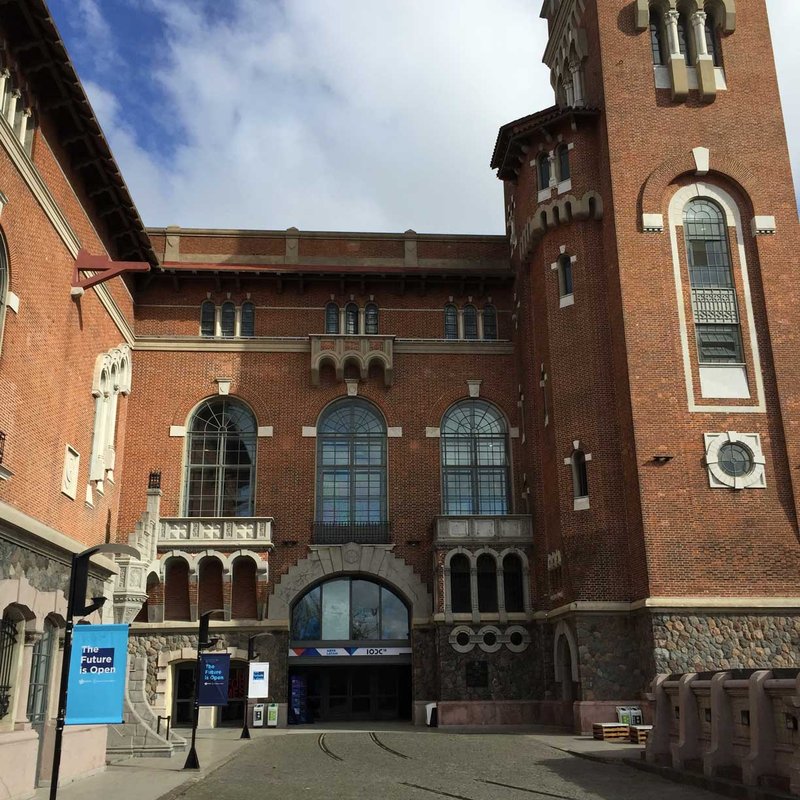 The atmosphere was electric as the room was filled with participants from around the world, all eager for the conference to begin.  During the introductory remarks we were informed that the building had previously been a power plant! 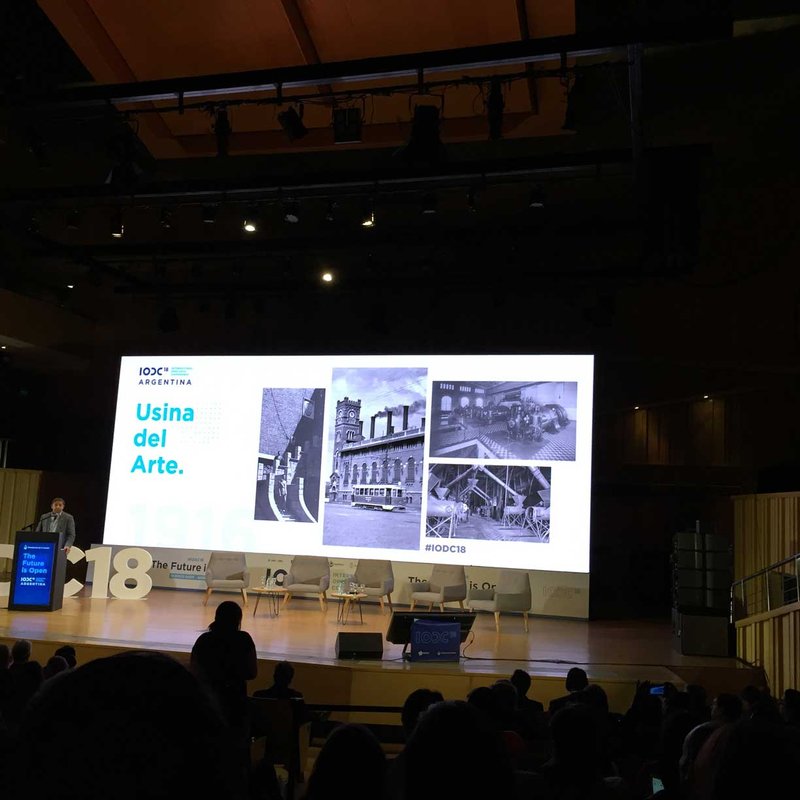 As the day unfolded I attended sessions reporting on the State of Open Data research project; methods for making open data accessible; climate change & natural disasters: global vs local data; AI, privacy and open data, and imagining the future of open data.   Many sessions featured panels of speakers, others were more interactive. 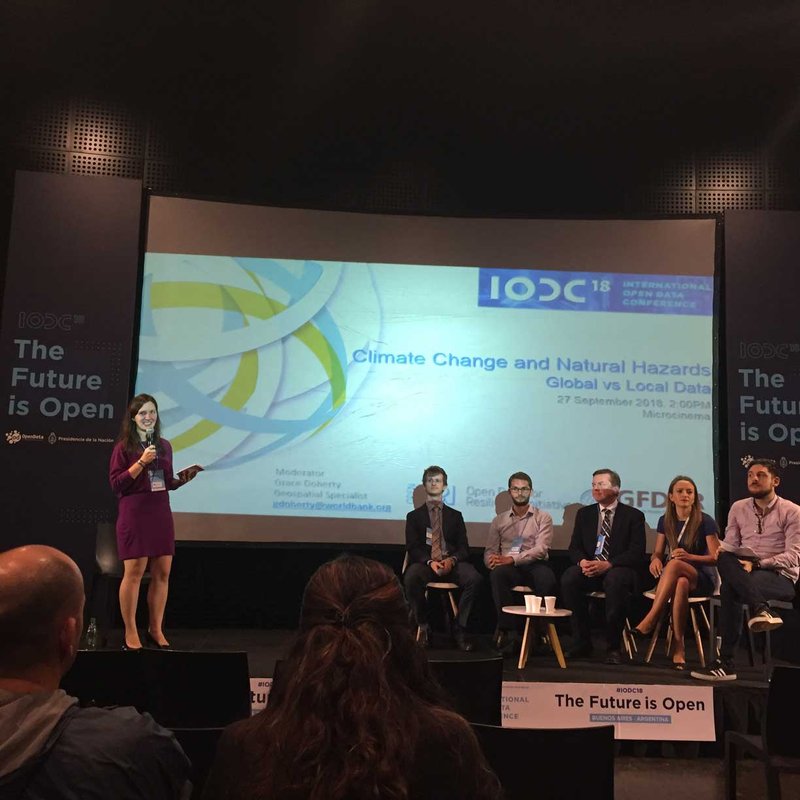 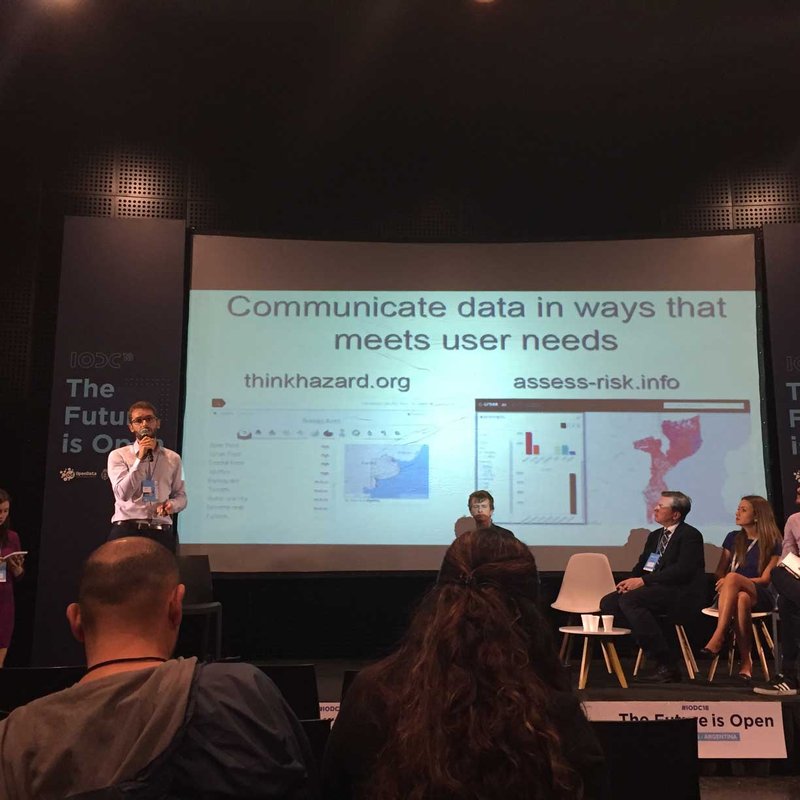 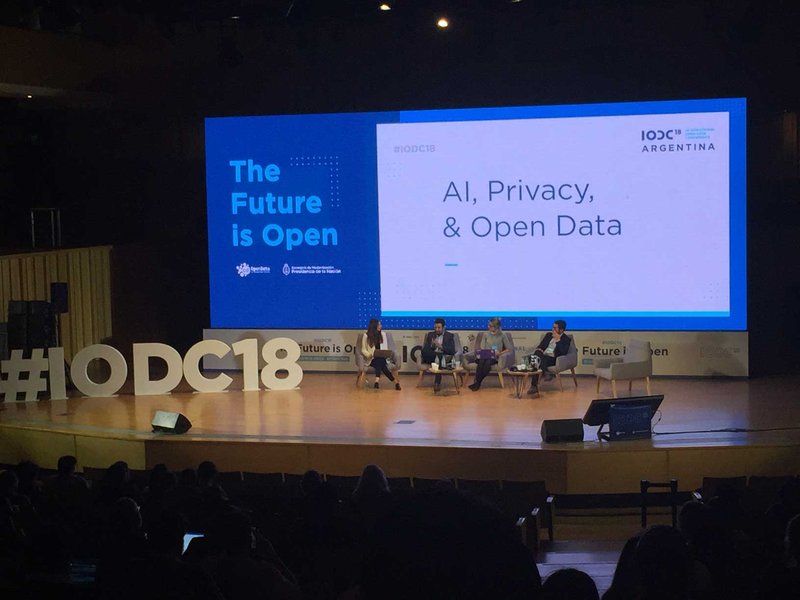 Of particular note was the Imagining the Future of Open Data session where the chairs were reorganized into circles and each group was given a piece of Jorge Luis Borges’ surrealist writing as a starting point for open data discussions.  Sounds like a strange way to run a session, but somehow it worked, perhaps by challenging participants to use their imagination as well as their logic when thinking about the future of open data. 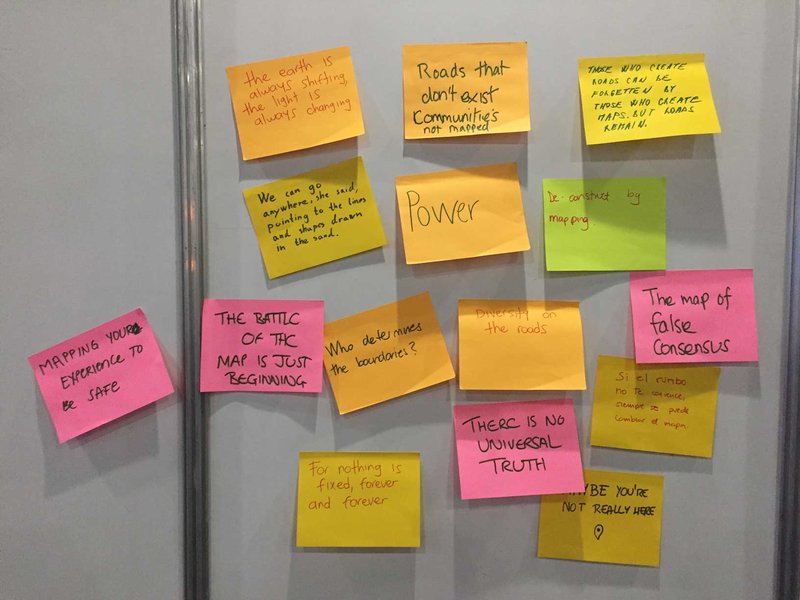 At the end of the day I was told all conference attendees were invited to the Canadian embassy to celebrate the achievements of ILDA, the Latin American Initiative for Open Data.  As this was my first (and probably only) invitation to a reception at a Canadian embassy, I returned to my hotel and put on a clean shirt then hopped in a cab with some other conference attendees.   After waiting a while in the rain to get through security we were brought through a set of doors and up an elevator to a room filled with people talking loudly, eating snacks, and drinking wine.   Before long space was cleared in front of the podium and the speeches began.  Canada has been a strong supporter of open data actions across Latin America, including the development and growth of ILDA. 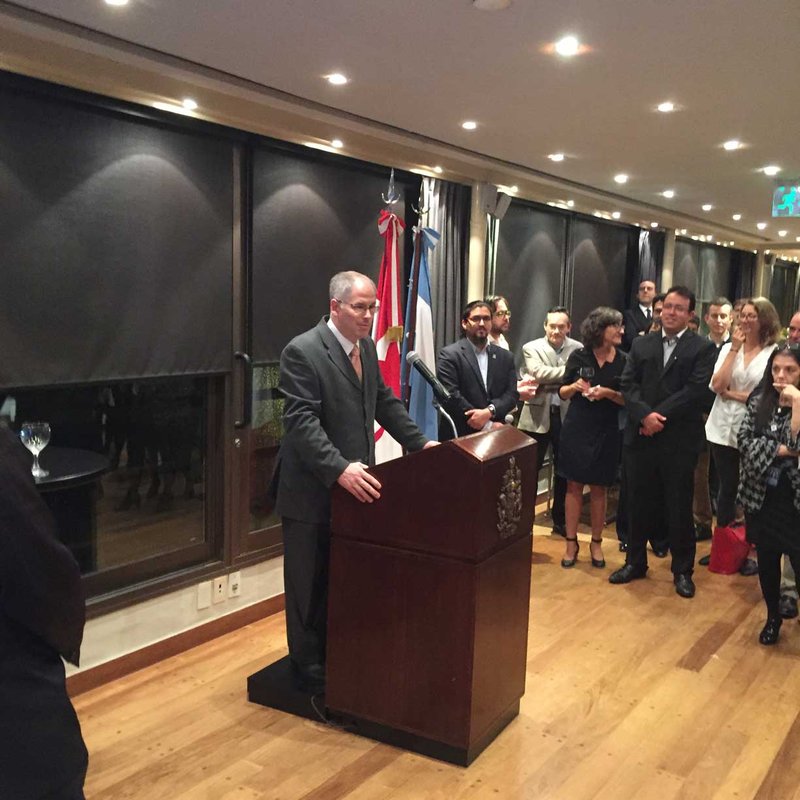 The second day of the conference was much like the first, but I tried to attend sessions in different rooms on different topics so that I could get a range of perspectives.   The day began with sessions on open data in different regions: I attended the Open Data in North America, New Zealand & Australia session.  Next up was Mind the Gap – Mapping the Open Data Ecosystem (I am drawn to maps!) where I met some of the lead authors for chapters in the State of Open Data report including Ruthie Musker from Global Open Data for Agriculture and Nutrition (GODAN), and Stephanie Carroll Rainie, the Indigenous Data Sovereignty chapter lead from the University of Arizona. 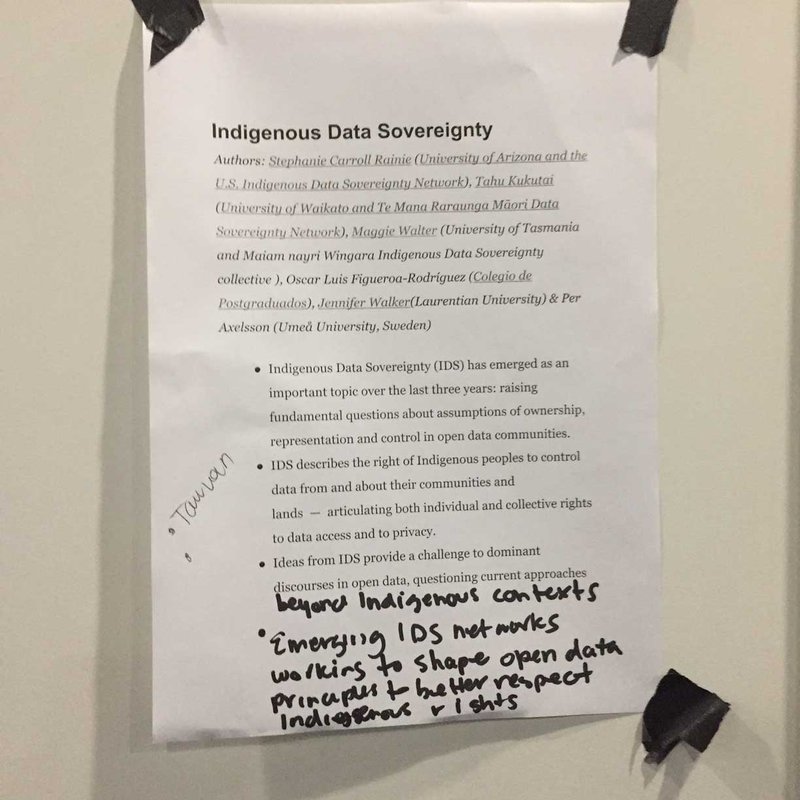 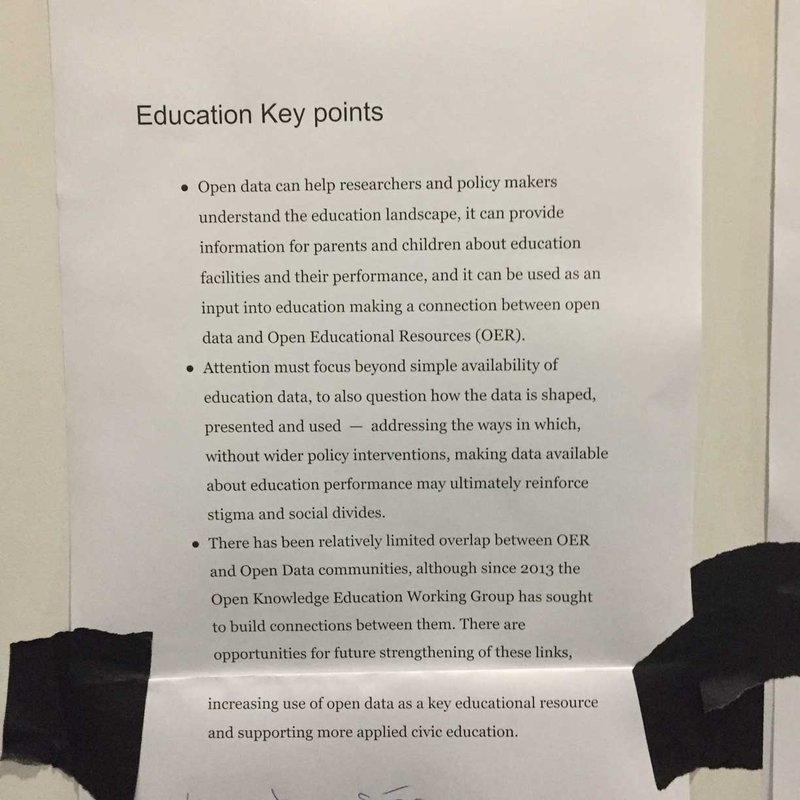 In the afternoon I attended the Art of Open Data, and was rewarded with several excellent presentations on how artists are making open data attractive and inviting – not an easy task!  Next was a review of an Open Up Guide for Climate Change data.  As we are participating in the development of Climate Change portal, and as this topic has become so top of mind after several terrible fire years in the Kootenays, I was keen to learn more about the role of open data.

And then suddenly it was time for the closing plenary! 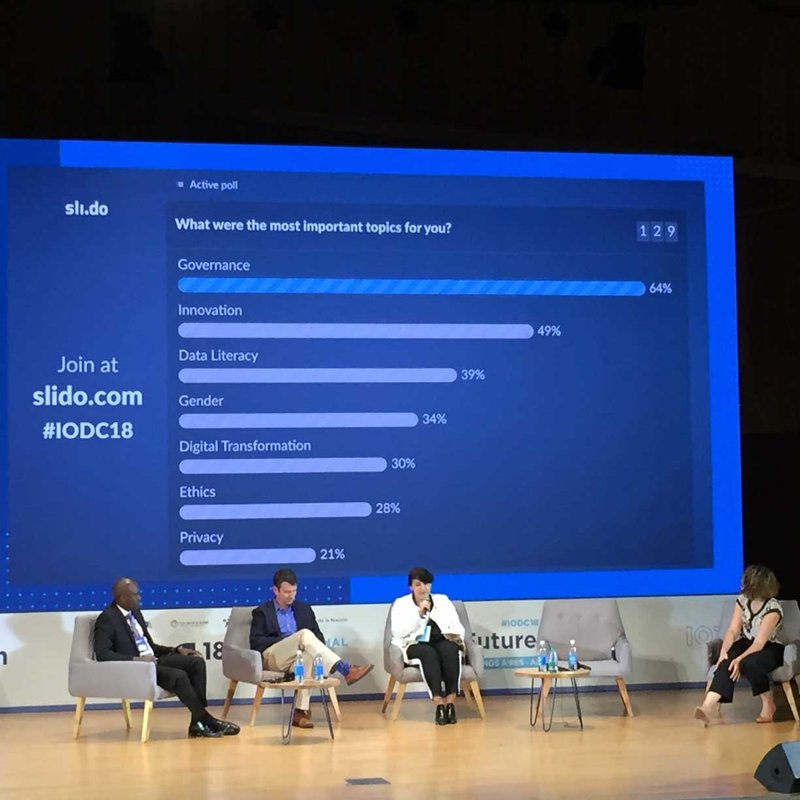 Looking back now it’s amazing how much happened in those two days.   The big take aways for me were:

The future is open – and so I’m thinking about attending IODC20 in Nairobi, Kenya! 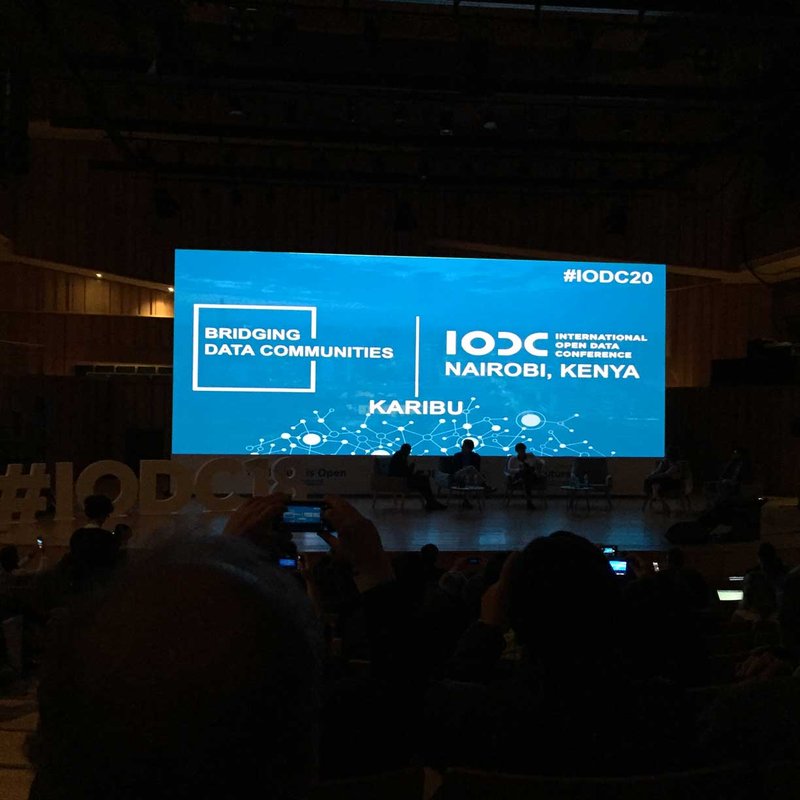 The 4th International Open Data Conference, also known as IODC 16, was held in Madrid, Spain on the 6th ...